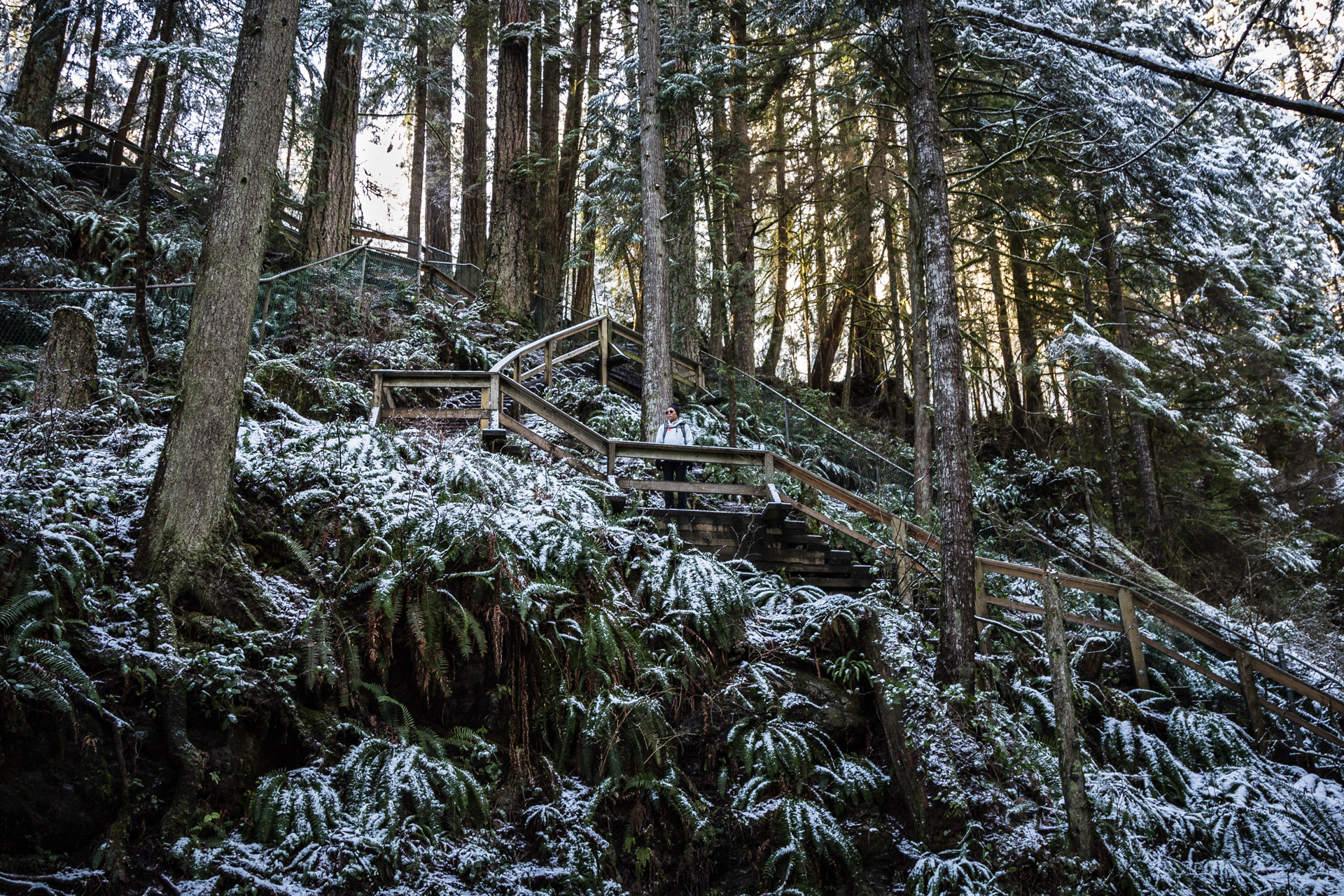 When we were in Vancouver, B.C. last month, we knew that we wanted to squeeze in one beautiful hike especially because it had just snowed…so we made our way to Lynn Canyon Park! Located about a half hour drive from Downtown Vancouver, this park is known for its suspension bridge which we had originally wanted to photograph, but the crowds were insane. When people describe this bridge as popular, they really mean it! So instead, we chose to hike one of the trails in this 617 acre forest where we found ourselves in a more peaceful setting. Though on our way back, we decided to at least make one attempt over the bridge…so we basically got in the line to cross over which sort of felt like the wrong decision because we quickly learned that the bridge was dangerously icy from all the foot traffic. I mean we were literally clutching the cables barely able to keep ourselves upright and hoping that we or no one else on the bridge slides off! Unsurprisingly, we did not have a chance to take photos of the bridge, but we are determined to visit this park again…but probably in the early morning hours to avoid the crowds and in the summer to avoid ice. 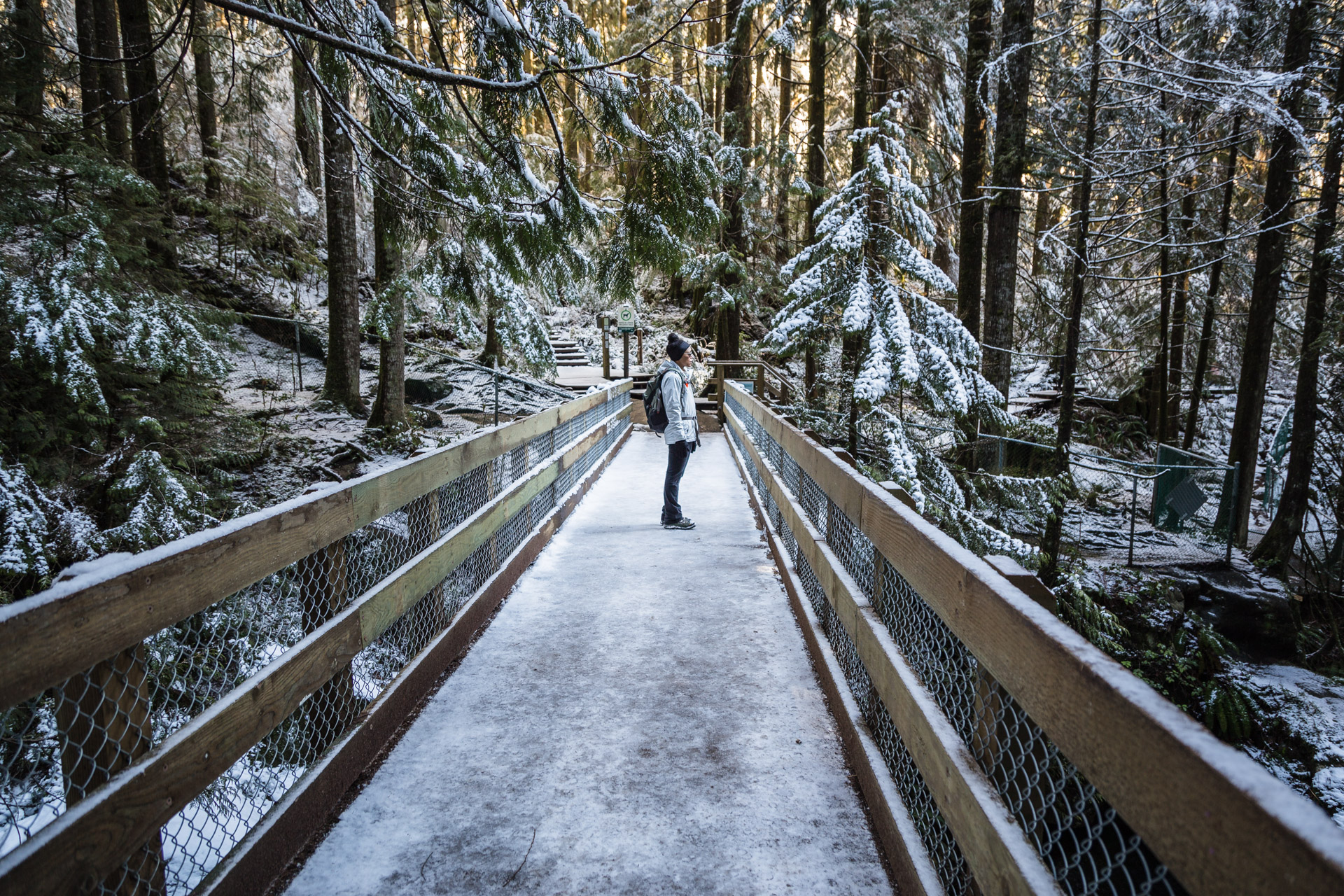 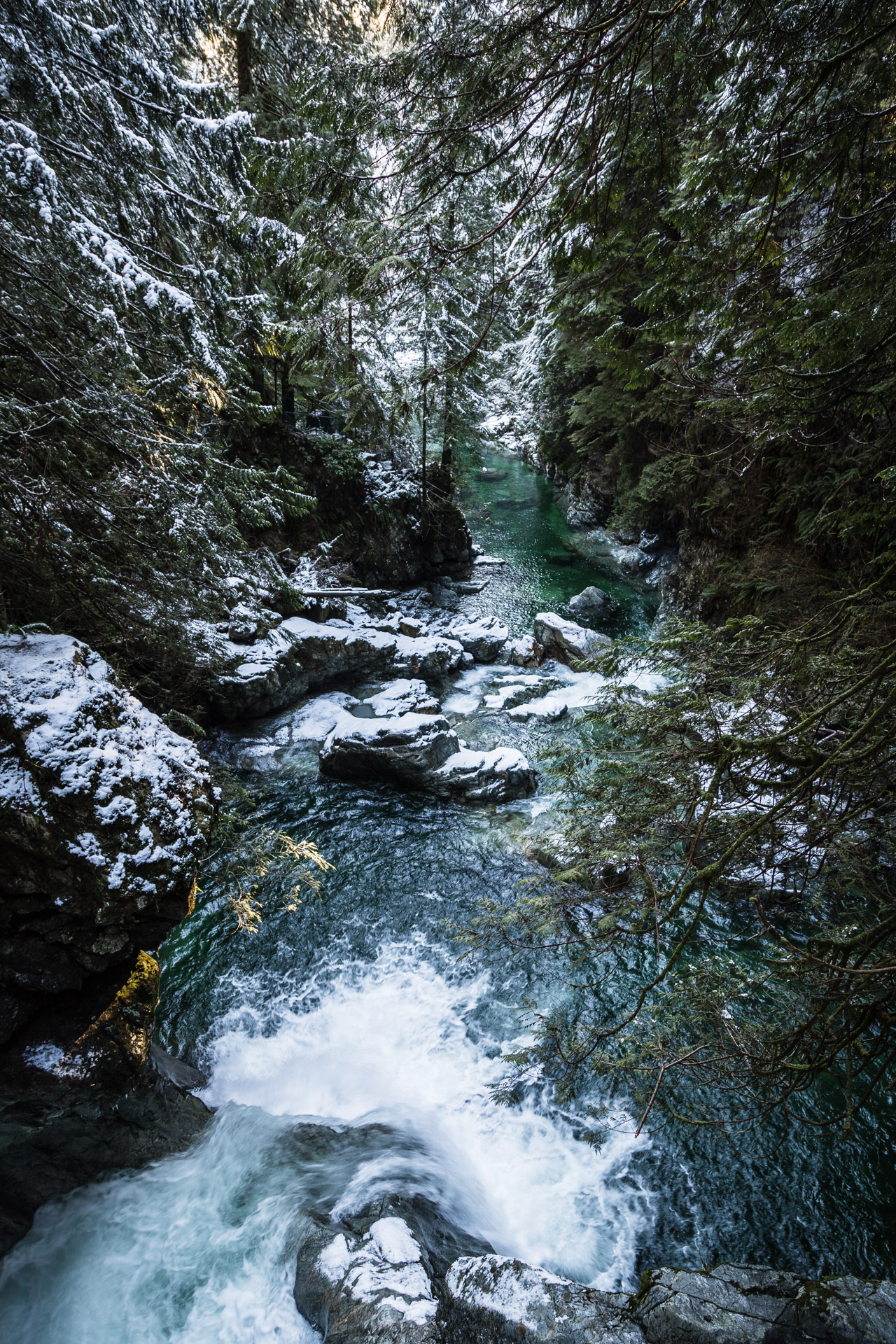 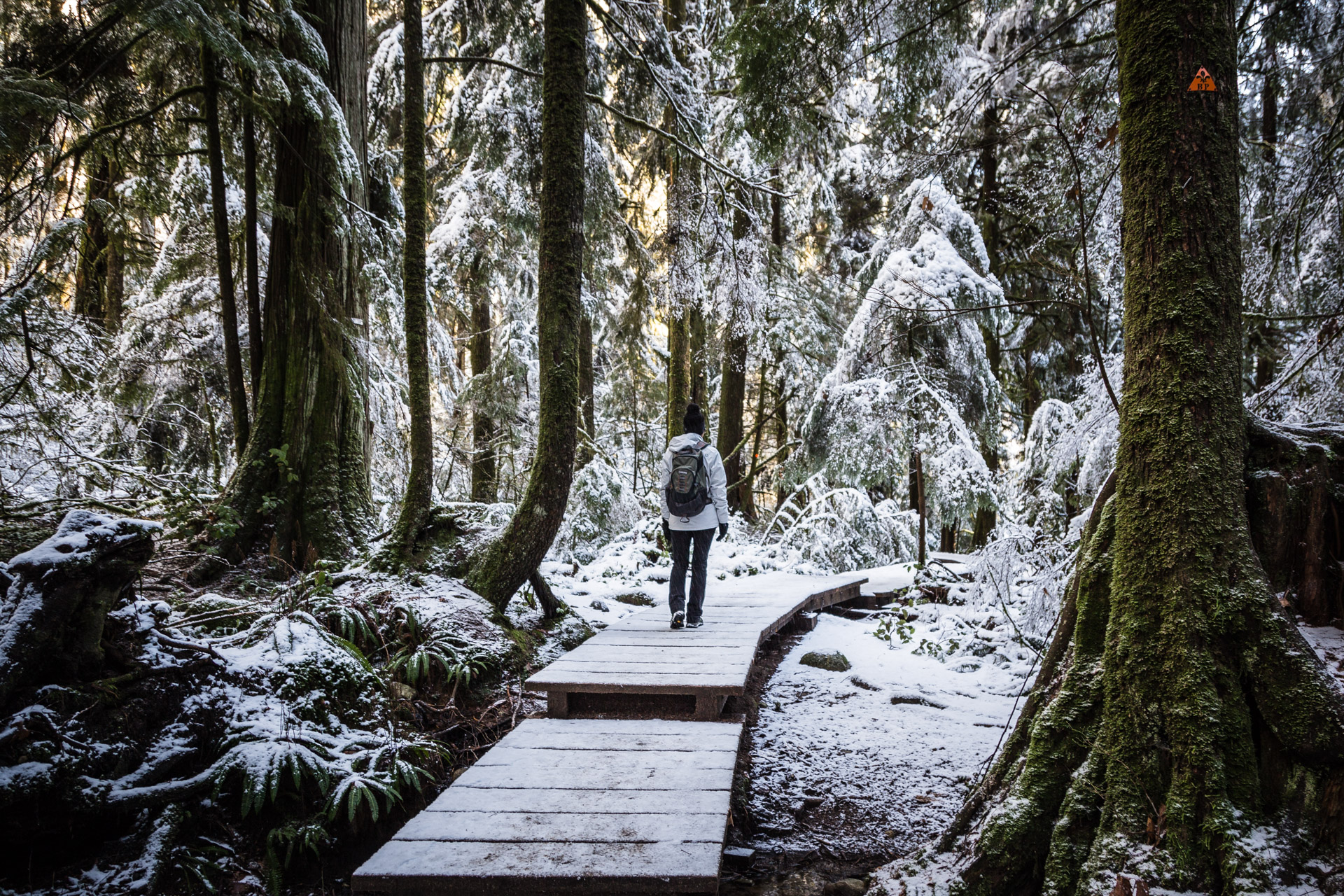 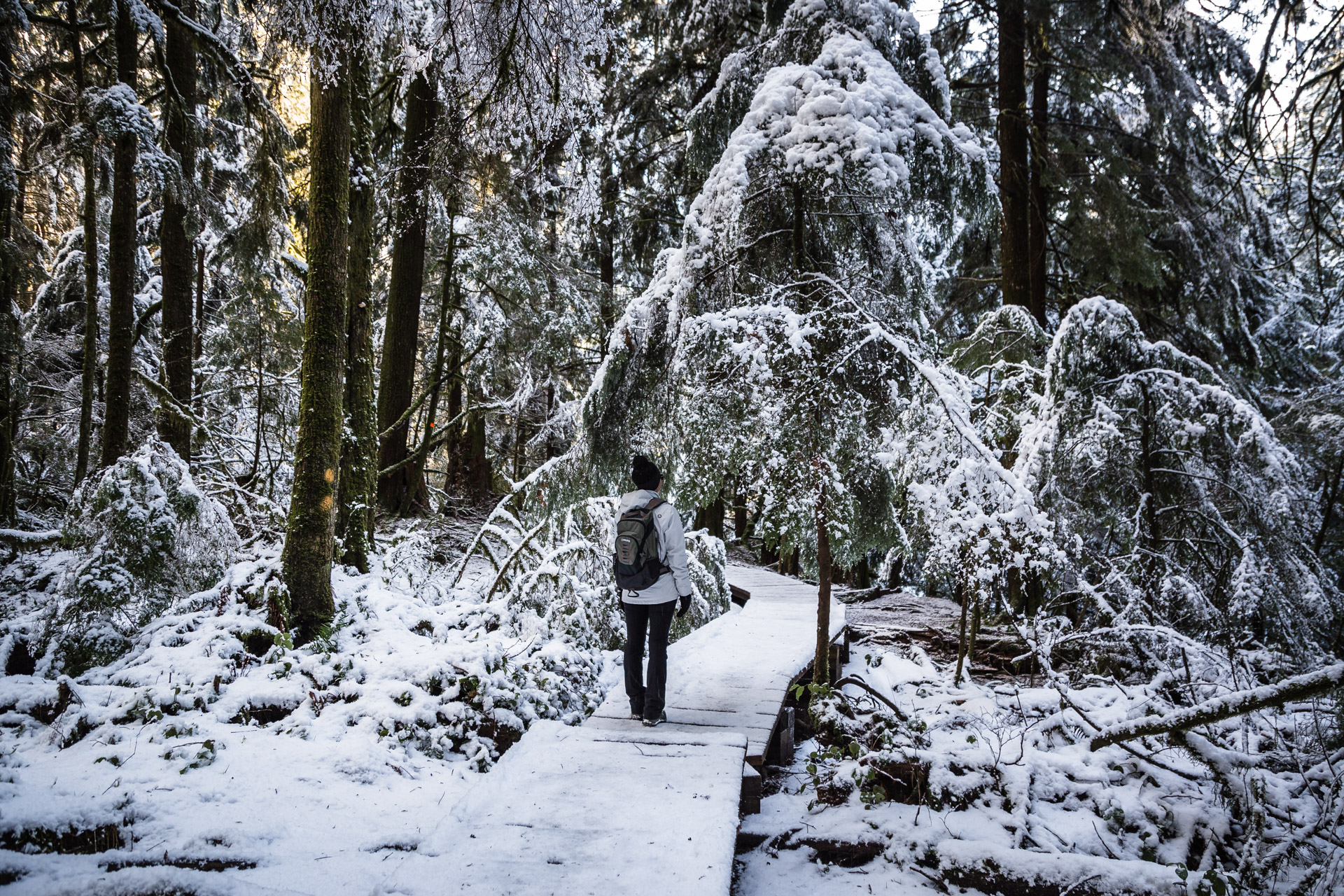 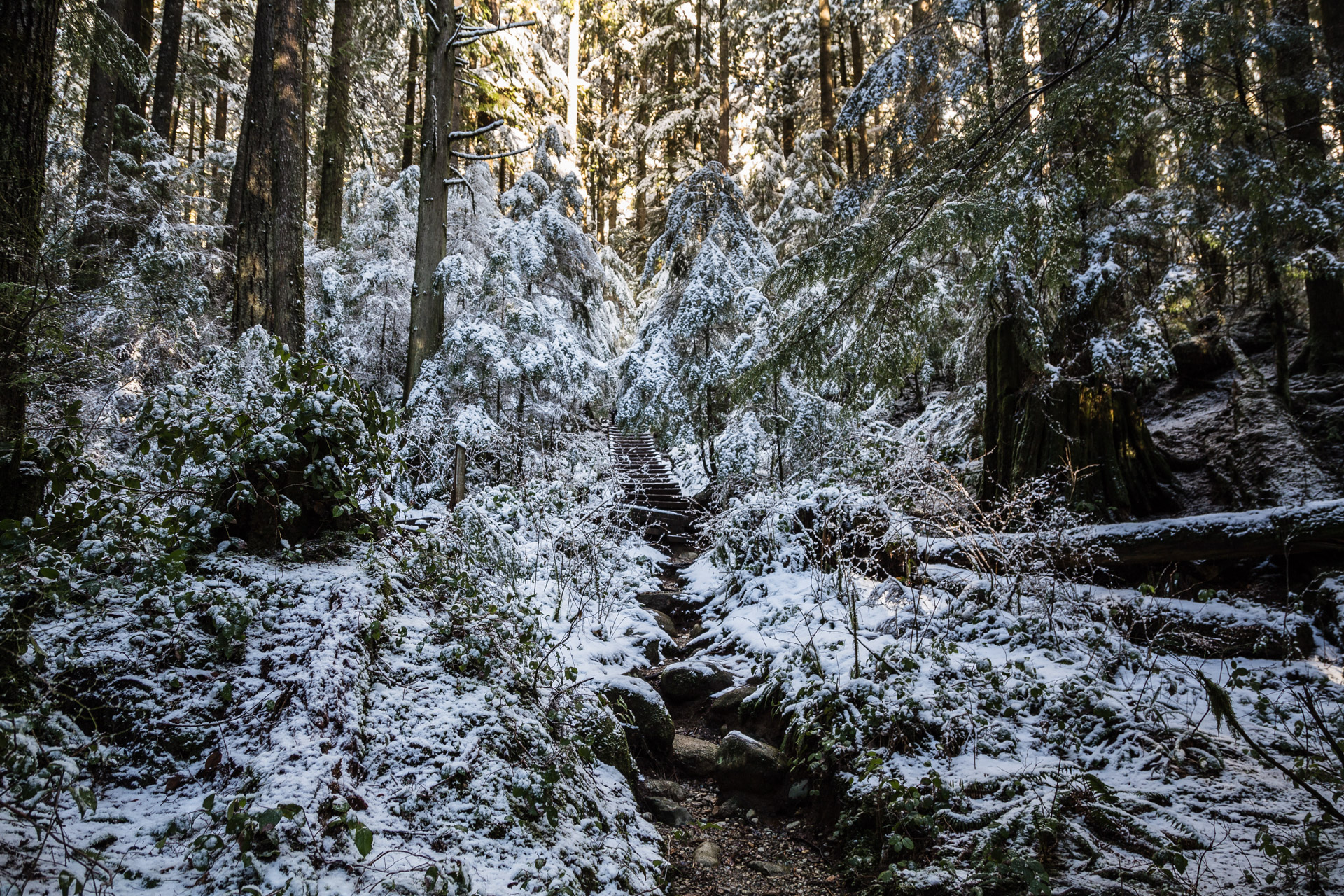 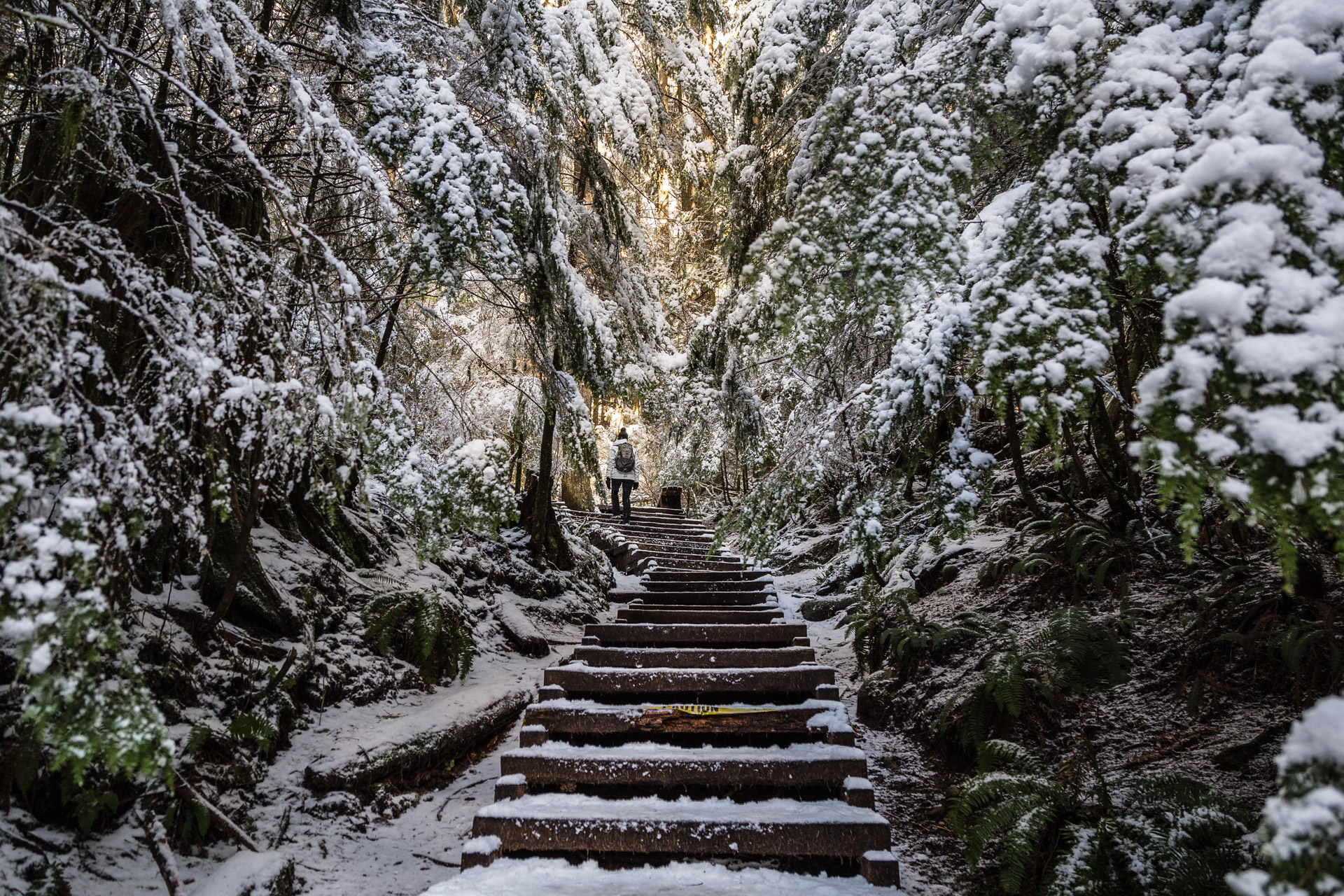 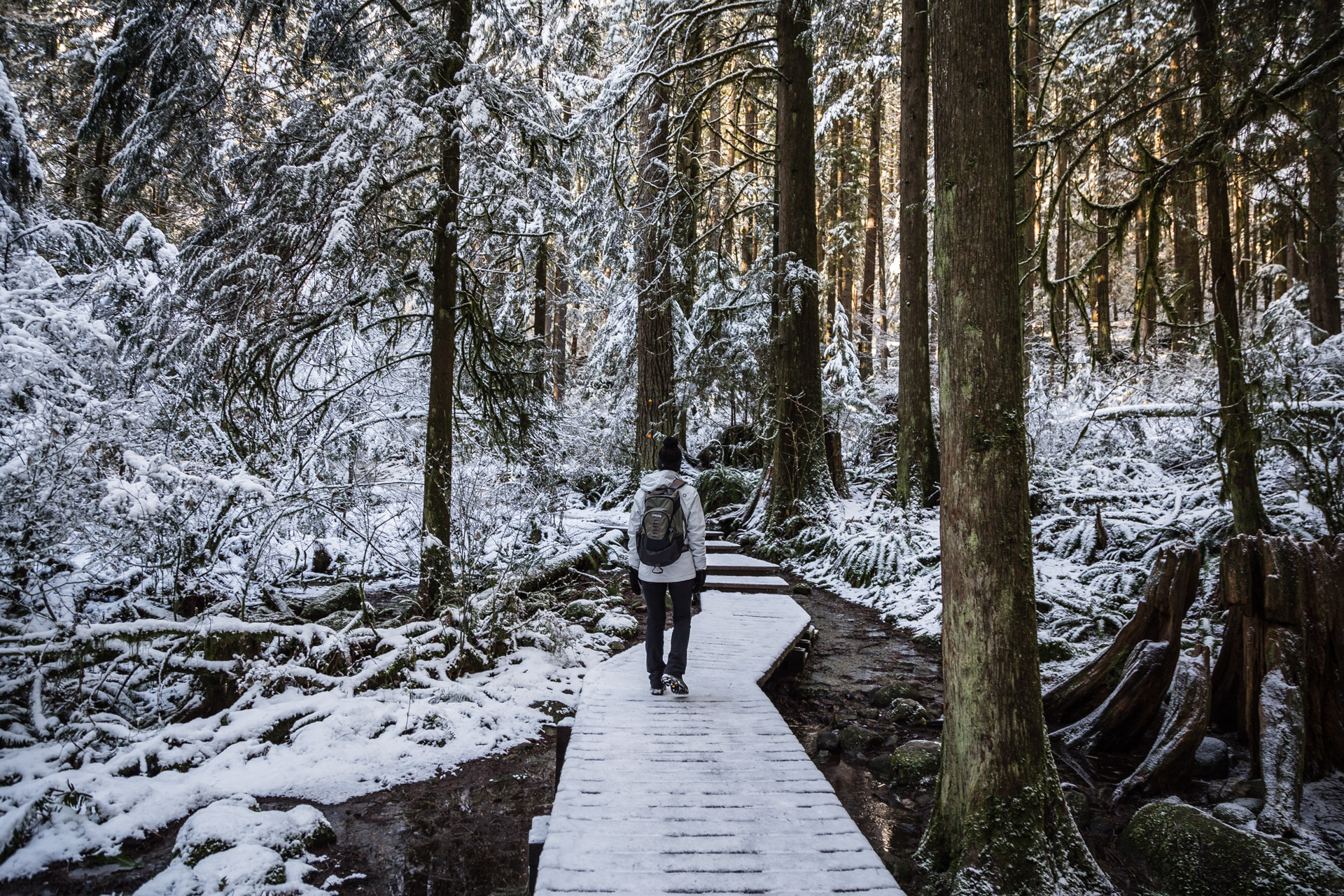 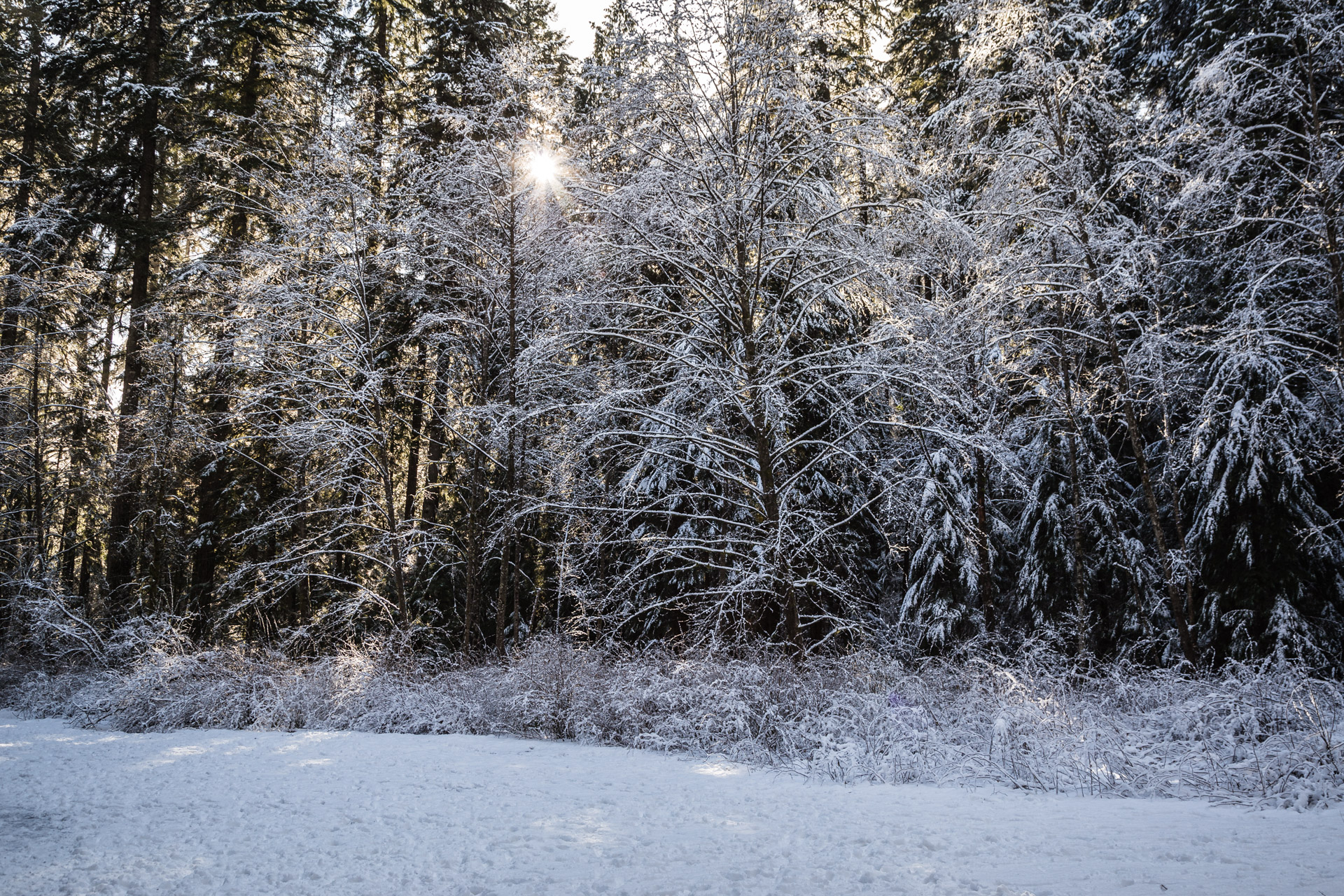 What do you think of this park? Do you usually try to avoid crowded parts of parks? Leave a comment…we would love to hear what you think!